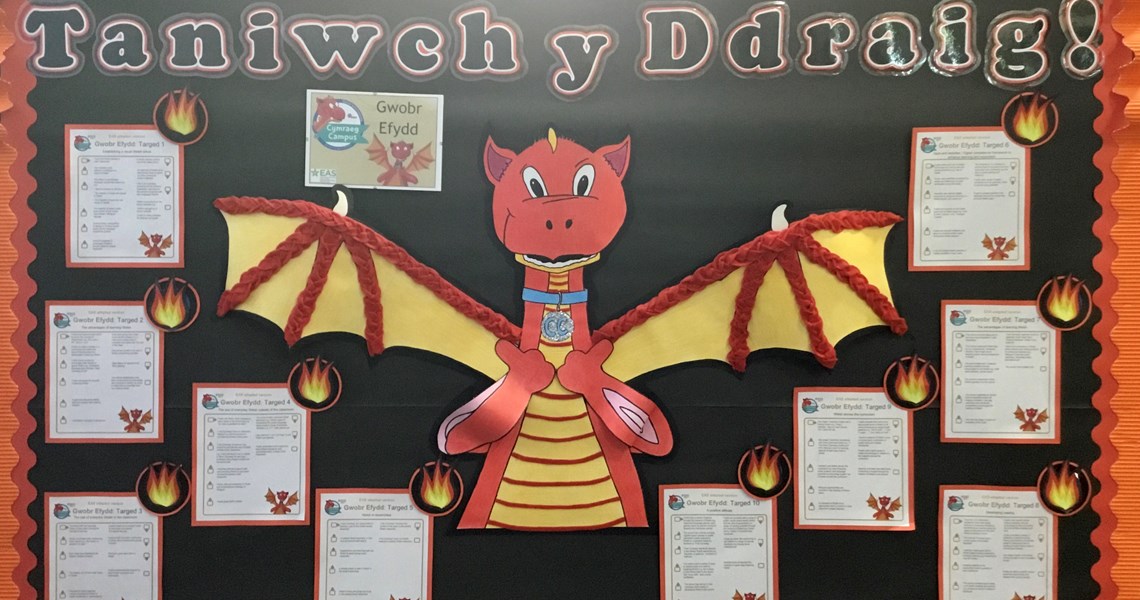 We were selected by our fellow friends and classmates at George Street to be part of the team, as they thought we showed excellent enthusiasm and efforts towards welsh.

We work alongside Miss Main, Mrs Lloyd and Miss Woods to help promote the welsh language across our school.

We have numerous roles, some of which include: encouraging and promoting the use of welsh language inside and outside of the classroom, promoting ‘ymadrodd yr wythnos’ phrase of the week, helping to lead assemblies and welsh culture days and ensuring we do all we can to help achieve our ‘Siarter Iaith’ silver award.

We meet every Monday morning with our welsh co-ordinators to plan and discuss our priorities and next steps for obtaining our award and giving everybody the opportunity to use welsh around our school! Rydyn ni’n dwli cymraeg!

Why not try these at home?

Duo Lingo – a free app, suitable for all abilities that allows you to practice short bursts of welsh every day

Campau Cosmig – available for iPhone, allows you to practice welsh through various themes whilst travelling through space